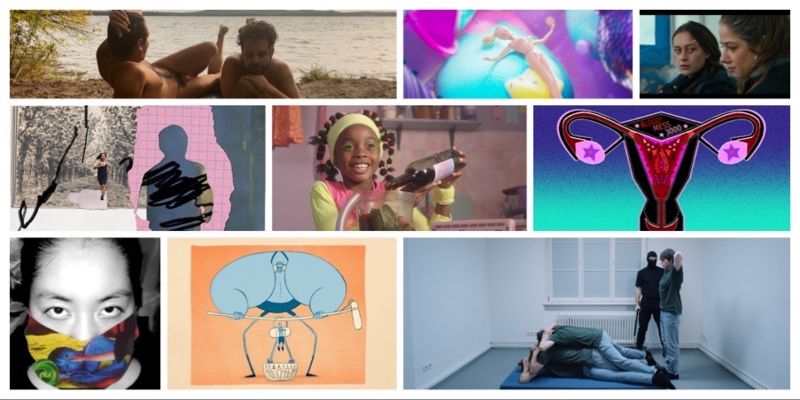 In the competition sections of the 34 Filmfest Dresden (being held from 5 to 10 April 2022), a total of 73 (co-)productions from 36 countries are in the running this year. The selection committees viewed more than 2,700 submissions and chose 34 contributions for the International Competition, 29 productions for the National Competition, which is celebrating its 25th anniversary this year, as well as ten films for the Regional Competition (Regional Film Night), to vie for the "Golden Horsemen" and special prizes. A total of 16 awards and prizes amounting to €71,000 in prizemoney are due to be handed out. In addition to its competition sections, an extensive range of special programmes with an array of country-based and thematic highlights exploring the gender-equality thematic focus is being screened this year. The complete programme of the 34 Filmfest Dresden will be released at the press conference on 15 March 2022 in the Schauburg Dresden festival cinema.

In the three competition sections, the number of female (co-)directors comes to approximately the same amount as their male colleagues.

In the National Competition, the amount of independent productions at 17 exceeds those from the film schools (at 12). These works come, among others, from the Film University Babelsberg Konrad Wolf, the Film Academy Baden-Wuerttemberg or the Hochschule für bildende Künste Hamburg (HFBK) art school.

This year, the number of countries represented in the International Competition amounts to 33, which is above that of last year (at 26). Of these, two productions come from Chile: Uninhabited (Deshabitada) from Camila Donoso and the prizewinning animated film Bestia from Hugo Covarrubias. These are being joined by works representing Nigeria, Senegal, Thailand and Singapore, among others.

In terms of the content in its competition sections, yet again this year Filmfest Dresden is celebrating the cinematic and societal relevance of the short film genre in its complete formal-aesthetic range. Numerous works focus on traumatic exceptional situations. In his stop-motion animation NIGHT (National Competition), Ahmad Saleh reveals a mother grieving for her lost daughter. Quite a different view of an exceptional situation is provided in THE HANGMAN AT HOME (International Competition) from Michelle and Uri Kranot. In this prizewinning work, the viewers observe various people during intimate and emotional moments – just like the hangman does in the poem of the same name by Carl Sandburg (1922). The directors were already represented in the 2018 festival with NOTHING HAPPENS.

Another filmmaker returning this year consists of the animation film artist Gil Alkabetz: In the National Competition, which is enjoying its 25th anniversary in 2022, Alkabetz is screening his new film BESEDER (GOOD AND BETTER). The Professor of Animation at the Film University Babelsberg Konrad Wolf and longstanding colleague at Studio FILM BILDER was already present at the first edition of the National Competition in 1998 with RUBICON.

A range of films revolves around the subjects of precarious working worlds and exploitation. In her new work First Work, Then Play (National Competition) Brenda Lien casts a critical eye on such working worlds. Lien, who was represented at the 2019 Filmfest Dresden with CALL OF COMFORT, also designed this year's festival trailer, which is being released on 15 March during the press conference. In the International Competition, the multi award-winning film BESTIA from Hugo Covarrubias delves into the life and work of a female secret agent in Chile during the military dictatorship era.

Since last year, the ever-popular Regional Film Night has assumed its new role as the official Regional Competition section with the aim of fostering local filmmaking. In this year's programme, the works being screened include HEIMAT (HOME) from Tim Burek and Andreas Reinhardt. This short fiction film featuring Mercedes Müller and Kostja Ullmann in the leading roles was produced by the Leipzig-based production arm of Bioskop Film and is celebrating its world premiere at Filmfest Dresden.

Jan Soldat, who was born and reared in Karl-Marx-Stadt (Chemnitz today) focuses on the interchangeability and misunderstandings of digital communications in ZUMINDEST BIN ICH DRAUSSEN GEWESEN (AT LEAST I'VE BEEN OUTSIDE). Jan Soldat has already guested several times at Filmfest Dresden.

Overview of All Competition Films

The complete programme of the 34 Filmfest Dresden will be announced on 15 March during the press conference. Accreditations for representatives of the press are available up to 11 March.