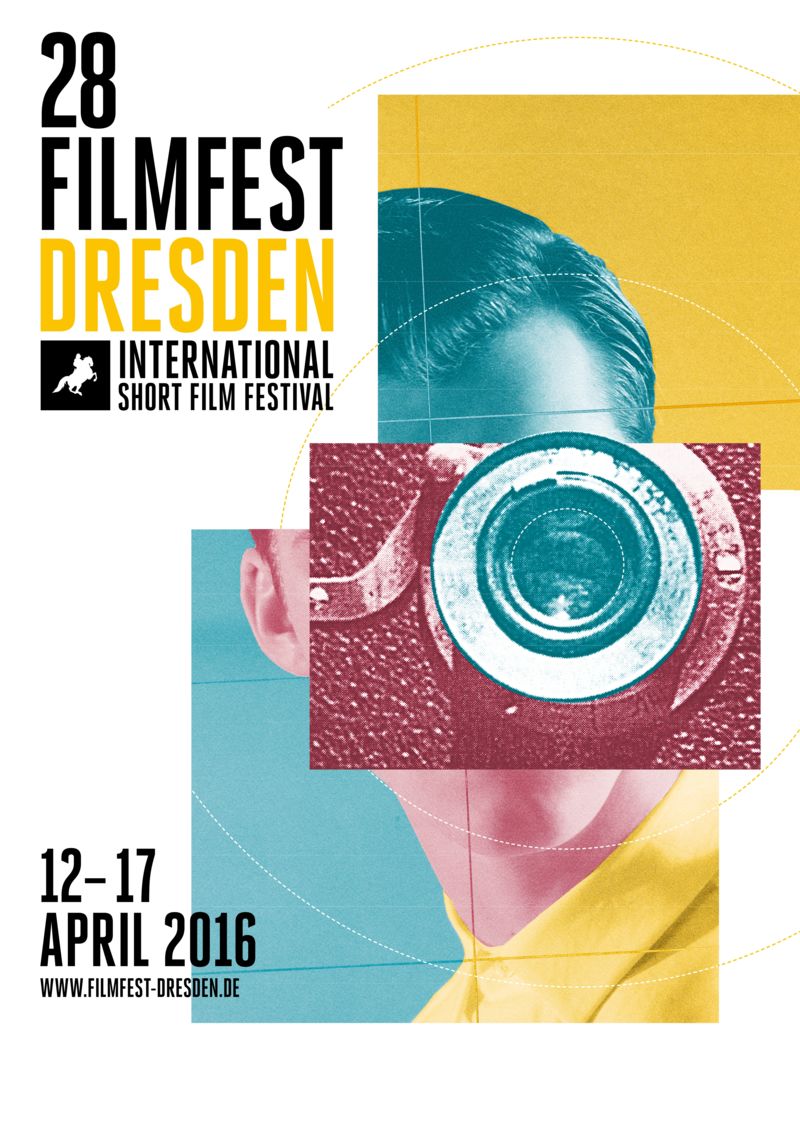 Dresden, 03.03.2016 – ripe for a "Golden Horseman"? In the competition sections of its 28th festival edition this year, FILMFEST DRESDEN is presenting 61 short films from a total of more than 2,200 submissions, nominated by the 11-person viewing and selection committee for the International and National Competitions. During the festival week from 12 to 17 April, they are competing under the critical eyes of the specialist juries for the total of eight "Golden Horsemen" awards for the best animated and fiction films, in addition to four special prizes. With prize money totalling €66,000, FILMFEST DRESDEN is one of the most generously endowed short film festivals in Europe.

The national and international short film scene has been eagerly awaiting the selection by this year’s viewing and selection committee at FILMFEST DRESDEN. Will the festival prove to be a stepping stone once more on the road to a new movie career in a way similar to that of Adam Elliott from Australia, who already had a competition screening of his film "Harvie Krumpet" at the 2004 festival in Dresden and went on to win an Oscar® that year. At the 28th festival edition, the Australian is in the running again with his latest film. This year, 35 films – 17 short fiction films and 18 productions from the animated film category – are starting in the International Competition with its six programmes. In the National Competition, 26 films are going head to head in four programmes, with animated and short fiction films equally represented here.

A total of 25 countries are represented in the International Competition, with France to the fore with four animation films. "It’s been quite striking how well animated film is represented this year, which is of course also reflected in the aesthetic and technical range here," said Anne Gaschütz from the FILMFEST DRESDEN viewing and selection committee. "And stylistically, the International Competition is a bit more open this year, and even more progressive you could say, because we’ve selected several experimental pieces for the competition as well."

Among the well-known faces at the 28th FILMFEST DRESDEN are the Bulgarian director Theodore Ushev with his animated film "Blind Vaysha", as well as the Oscar® winner Adam Elliott, who is being represented here in Dresden with "Ernie Biscuit". Moreover, Kaspar Jancis is competing with "Piano" and representing the renowned animation scene in Estonia. He already won a competition prize at the 15th FILMFEST DRESDEN in 2003 with his film "Weitzenberg Street", while his last visit to Dresden was in 2010 with his piece "Crocodile".

There are no fewer than five world premieres in this year’s National Competition at FILMFEST DRESDEN: "HOMEWORK" from Annika Pinske, "Frankfurter Str. 99a" by Evgenia Gostrer, "Trial and Error" from Antje Heyn and two productions from the Film University Babelsberg Konrad Wolf ("Feet First" from Jonas Ludwig Walter and "Summer Break" from Hans Henschel). Likewise, three local productions from Saxony are in the running here: The road movie "SIMPLY THE WORST" as a follow-up to the YouTube hit "SIMPLY clever" from the two Bauhaus University film students Franz Müller and Johannes Kürschner, the stylistically striking animated documentary "Wide Horizon" from Falk Schuster, as well as the cartoon-style animated film "Me by You" from David Buob. Many viewers will already be familiar with the 3D animated film "Think Big" from Till Nowak, Christian Hartmann and Timo Schierhorn, which was produced as a music video for the song of the same name from the band Deichkind. In addition, the renowned German animation director Andreas Hykade, known for the "Tom and the Slice of Bread with Strawberry Jam and Honey" series among others, is in the running for the National Competition prizes with two further episodes of the series, "MYSELF UNIVERSE" and "MYSELF SMOKE".

16 Brains to Decide on the Cream of the Crop

The filmmakers who get to take home the much-coveted "Golden Horsemen" will be decided on by this year’s two National and International Competition Juries, as well as by the Sound Design Jury and the two National and International Competition Youth Juries. The juries consist of an illustrious group of filmmakers, producers, actors and artists. The popular actor Piet Fuchs from Cologne, known from various German TV crime series, is being joined on the National Jury by Maike Sarah Reinerth from Hamburg and Peter Zorn from the Werkleitz Centre for Media Art. Together, they get to vote for the best national short films this year. The members of the International Jury include the artist and director Mari-Liis Rebane from Estonia, Ailton Franco Jr. from Brazil, the founder and artistic director of the International Short Film Festival Rio de Janeiro, as well as the film and photo artists Menno de Nooijer from the Netherlands. At the same time he is, together with his father Paul de Nooijer, the creative head behind the official trailer for the 28th FILMFEST DRESDEN, which focuses on this year’s photo animation special theme among others. "This film is a kind of mini cross-section of our former works, styles and aesthetics," explains Menno de Nooijer. "As artists we try to visualise ideas that are burning in our heads and hearts. We look for the magic and illusion in film. And almost always we are the actors in our own works. Photo animation is a technique we have been using since 1976." The de Nooijers have produced numerous short films, commercials and music videos, as well as a TV series and a feature film together. Likewise, the visual programme design for the MTV show MUSIC NON STOP comes from them, with the music being supplied by the band "Kraftwerk". Selected photographic works by Paul and Menno de Nooijer are on exhibition in the Centre Pompidou until May 2016.

Yet again this year, a "Golden Horseman" is to be awarded for the best film sound design. This prize is the result of the commitment shown here by Ballroom Studios Dresden and their owners and jury members Johannes Gerstengarbe and Frank Hellwig. The composer and sound designer Max Knoth, as well as Claudia Stülpner, the music manager for Bela B. among others, are the other members of this jury to determine the winner in this category.

The major awards ceremony for the 28th FILMFEST DRESDEN is being held on 16 April 2016 in the Kleines Haus des Staatsschauspiels Dresden venue.

Overview of the Juries:

Further information on the jury members is available here.