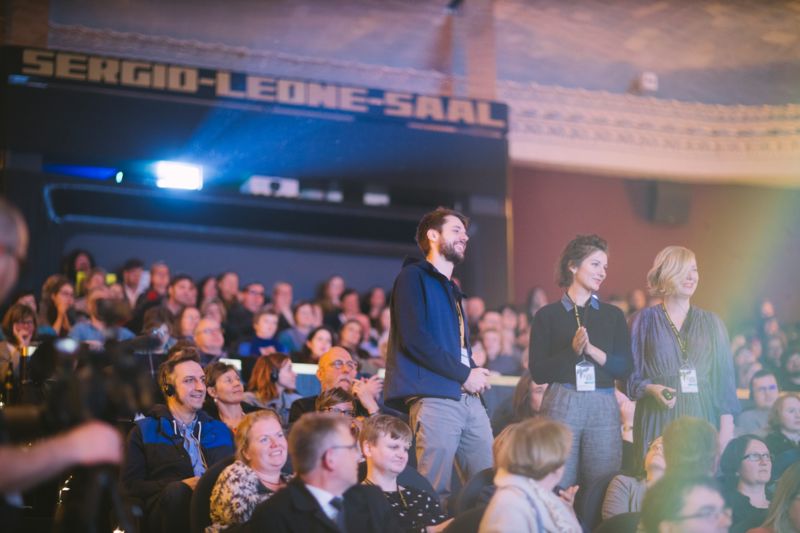 For the first time this year, we have appointed eight independent juries to award the “Golden Horsemen” and special prizes in the International and National Competitions, as well as in the Regional Competition:

The winners in the National Competition will be decided by: The animation film artist Robert Löbel, filmmaker and managing director of the Kurzfilm Agentur Hamburg short film agency Alexandra Gramatke, and the Berlin artist and filmmaker Mischa Leinkauf.

The Golden Horseman Sound Design is being awarded by: Robert Nacken, musician, composer, music producer, sound designer, director, actor and author (Golden Horseman Short Fiction Film in the National Competition for ON AIR at the 28 Filmfest Dresden in 2016), the prize-winning screen composer Dascha Dauenhauer (including the German Film Award for BERLIN ALEXANDERPLATZ), as well as Johannes Gerstengarbe, musician and music producer, owner of the Ballroom Studios and award sponsor.

The LUCA – GenderDiversity Film Award is being awarded for the fourth time by: Sophie Brakemeier, media academic, editor and film critic (Filmlöwin) and Alexander Stark, co-head of the Filmgalerie Phase IV venue in Dresden.

The appointments to the new jury for the “fully political” Short Film Awardinclude: The prize-winning filmmaker Elise Landschek (Golden Horseman at the 32 Filmfest Dresden for BRAND, etc.), Dr. Roland Löffler, head of the Saxon State Centre for Political Education, as well as the director and author Sabine Michel (HINTEN SCHEISST DIE ENTE, MONDAYS IN DRESDEN).

The winner of the new Dresden Short Film Award of the German Film Critics Association will be determined by: Günter Agde, film historian, curator and lecturer, Conny E. Voester, freelance publicist and curator, and the Swiss journalist and political scientist Malik Berkati.

Furthermore in the International and National Competitions, the three members in each of the two youth juries get to choose their favourites too.

In addition to the juries, the audiences are also accorded a critical voice and vote in the awarding of further prizes, such as the Audience Award in the International and National Competition, as well as in the Regional Film Night.

An overview of all the awards and award sponsors is available here.