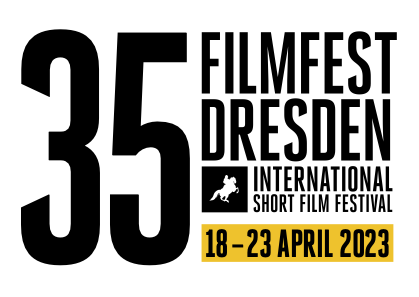 Preparations for the 35 FILMFEST DRESDEN (from 18 to 23 April 2023) are in full swing and we are very happy to announce that more than 2,800 films were submitted to our Call for Entry between 1 September and 1 December this year. To be exact, there are 2,875 short films, which is a slight increase compared to last year (around 2,700) and almost reaches the pre-Corona level again!  The films were once again submitted to us worldwide via the Shortfilmdepot platform.

As in the previous year, just over half of all submissions are feature films (54.2%), with the remainder divided into animated films (15.8%), experimental films (15.8%) and documentaries (14.2%). The countries most represented are also the same as in 2021/22, although in each case the total number of films has increased - Germany (527 films, previous year: 474 films), France (459, before 437) and Spain (209, before 196). Particularly striking this time is the high number of films from Iran with a total of 75 entries. South Korea (87 films), the UK (119) and Italy (114) are also strongly represented. We received submissions from all corners of the world - even from the Norfolk Isle in the Pacific Ocean. In total, we are looking forward to film entries from 102 countries.

We would like to thank all filmmakers for their numerous submissions! In the next few weeks, all of these will be evaluated by our various viewing committees and the festival team who select the entries for the competitions and special programmes of the 35 FILMFEST DRESDEN. By the beginning of March 2023 we will notify all submitters about the final selection.

More information about the programme selection process is available here. We are looking forward to a diverse and exciting festival!