FFDD21: Our programme tips for the festival start 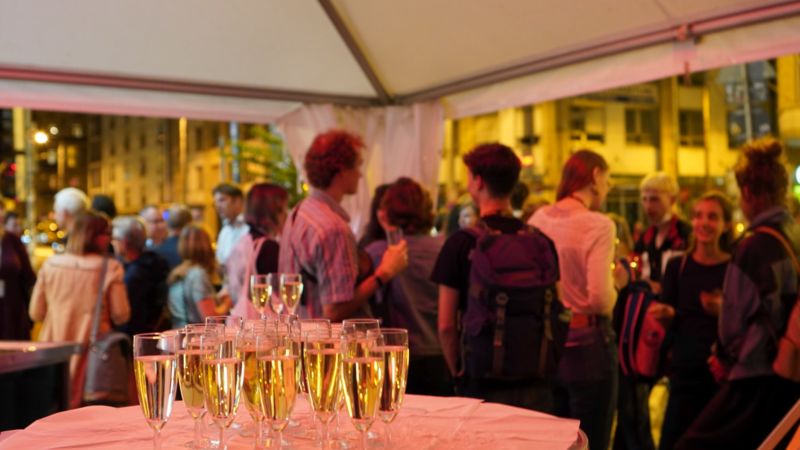 These are the highlights of the first two days of the 33 FILMFEST DRESDEN!

Tuesday and Wednesday, 13 and 14 July

Tue, 8pm Thalia: Kick-off of the retrospective: Women Directors in the GDR.
Is Utopia Livable? The question of which different life and future concepts women directors from the GDR demand in their films is at the centre of the film series curated by the author Cornelia Klauß. Once again, these programmes offer discoveries of films that were hardly shown at the time and ask beyond the past into the present: What utopia?

Tue, 10 pm Schauburg: Kick-off of the focus on activism
Activism, whether future-oriented, past-oriented or in the form of populism, has become the common sense of the 21st century. A broad spectrum of films in the special programmes of the FILMFEST DRESDEN shows how film, politics and activism are sometimes mutually dependent.

Tue, 22:30 Thalia: Tribute Mati Diop
Mati Diop made history in 2019 when she became the first Person of Color to win a top prize at the Cannes International Film Festival. Her atmospheric films are characterised by their own signature and visual language. They poetically tell relevant stories about postcolonialism and build bridges between different cultures.

Wed, 8pm Thalia: Start Focus Québec
For the 15th time, we celebrate the inexhaustible diversity of voices, perspectives and narratives of short filmmaking in Québec. Guest curator for the 15th anniversary edition of Focus Québec is writer and director Alexandre Dostie. His programme brings together films from several decades by world-class directors, exiled prophets, mad universal geniuses and visionary newcomers.

Tue, 7pm Schauburg: Festive Festival Opening
Ahead lies the summer edition of the international short film festival in Dresden with exciting cinematic moments, insightful talks and a teeming festival atmosphere. With filmic samples and a sparkling wine we want to ring in the coming festival days with you.
>>> Possibly remaining tickets 7,50 € or with invitation or accreditation

Wed & Thu, 6 p.m. Schauburg: POP UP_PHOTOFILM MASTERCLASS
Two artistic positions in dialogue about photo film and the still image in a cinematographic context: Katharina Duve & Timo Schierhorn (Hamburg) will be present live and Janie Geiser (Los Angeles) will be joining in. The two three-hour events with films and performative presentation as an experimental laboratory will be moderated by Gusztáv Hámos, Katja Pratschke, Thomas Tode. In English language
Free admission