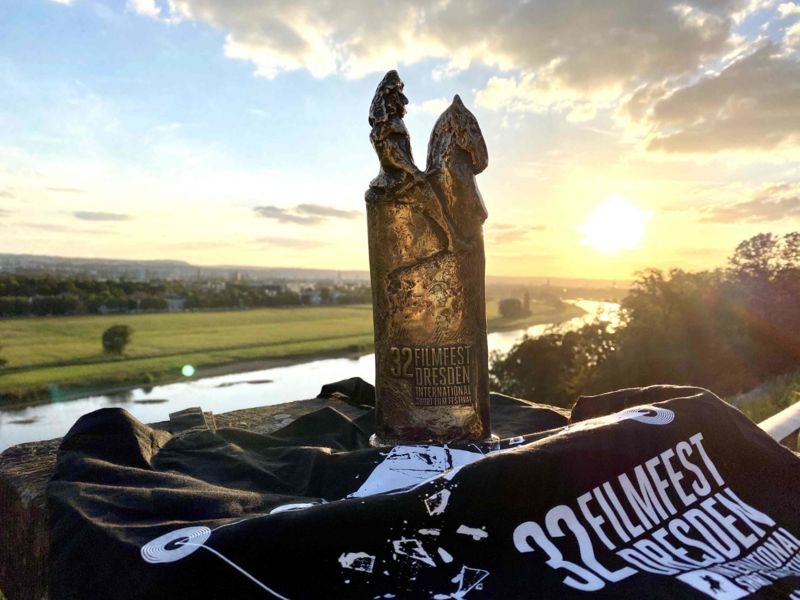 This evening, the 32 Filmfest Dresden selected the winners of the National and International Competition. A total of nine Golden Horsemen and five special prizes worth 68,000 euros were awarded at the festive awards ceremony in the Schauburg Dresden. The juries as well as the audience chose their favourites from 70 short films in both competitions.

The 20,000 Euro Film Promotion Prize of the Minister of Culture and Tourism, donated by the Saxon State Ministry of Science, Culture and Tourism, went to the German production MASEL TOV COCKTAIL by Arkadij Khaet and Mickey Paatzsch. They also received the Audience Award in the National Competition, worth 4,000 euros. The Golden Horseman for Best Animated Film in the International Competition went to ZORG 2 by Auden Lincoln-Vogel from Estonia. THE PHYSICS OF SORROW by Theodore Ushev (Canada) received the Audience Award in the International Competition and a Special Mention. In the National Competition Jan Koester and Alexander Lahl for ABLAZE were awarded a Golden Horseman for the best animation. The Jury for Gender Diversity awarded the LUCA Film Prize to the animation POSTPARTUM by Henriette Rietz, who also received a Special Mention.

All award-winning films including jury statement and honourable mentions can be found here.

We would like to congratulate all award winners and would like to take this opportunity to thank all our new and long-standing award donors, in particular:

All award-winning films will be screened on Sunday, 13 September 2020 in three programmes at the Filmtheater Schauburg, the Programmkino Ost and the Lingnerschloss.