Kick-off for the 29th FILMFEST DRESDEN 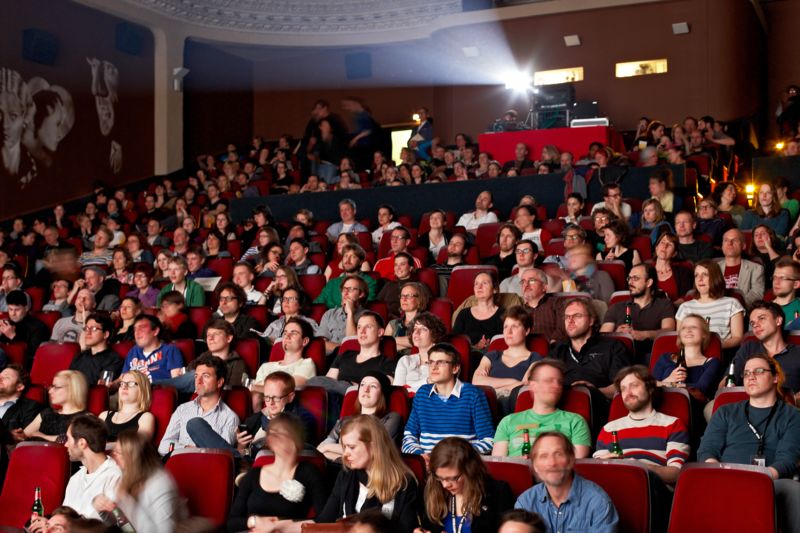 Dresden, 03.04.2017 – Short films on the silver screen: Tomorrow, the 29th FILMFEST DRESDEN kicks off and is luring local and international short film fans as well as numerous specialist media visitors to its festival screenings, special events and receptions from 4 to 9 April once more. One special focus this year is on Syrian film, with a range of events and film programmes being held with renowned Syrian filmmakers in attendance. Already for the third time, the international Open Air short film event on Neumarkt square, next to Dresden’s landmark Frauenkirche, is running parallel to the festival.

The centrepiece of this year’s festival edition are the International and National Competitions: With 63 short films competing here for the "Golden Horsemen" trophies and special prizes. The competition entries were selected from more than 2,000 submissions from 94 countries. Among those filmmakers known from pervious festival editions of FILMFEST DRESDEN are the directors Špela Čadež (Slovenia) and Ena Sendijarevic (the Netherlands), as well as the filmmakers Daniel Mulloy (Great Britain) and Franck Dion (France), all of whom are again represented this year with their latest short film productions in the International Competition.

In addition to the competition sections, the 29th FILMFEST DRESDEN has an extensive range of 28 further special programmes.

This year, glamour is being provided at the 29th FILMFEST DRESDEN by its numerous international filmmakers, who will be attending the screenings and other events during the festival week. These include the multi-award winning Canadian film director Denis Côté, who is also a Jury Member for the International Competition. He is presenting a masterclass about his filmic oeuvre during the festival. Likewise, the Hong Kong-based German visual artist Max Hattler is on the Jury for the National Competition and is also screening a retrospective of his work at the festival. As part of the "Focus Syria" festival programme and events, the renowned Syrian director Ossama Mohammed is also presenting a masterclass. A number of Syrian guests are expected in Dresden for the festival, including the Syrian filmmaker Yasmeen Fanari, who is on the Jury for the International Competition as well. A further festival special is "Cinema Without Barriers". For the first time ever this year, FILMFEST DRESDEN is screening selected film programmes barrier-free. Issues related to social participation and the everyday barriers we have in our own heads are also being explored in various events at the festival.

Parallel to the festival week, for the third time FILMFEST DRESDEN is screening more than 66 short films in 14 programme blocks as part of the select Open Air event on Dresden’s Neumarkt square with its landmark Frauenkirche. The animation and fiction films, as well as short documentaries being screened here come from more than 20 countries and range from the cheerful to the bitter sweet.

- 12 screening locations and cinemas in Dresden

- New record: 600 accredited visitors from the media and film industry