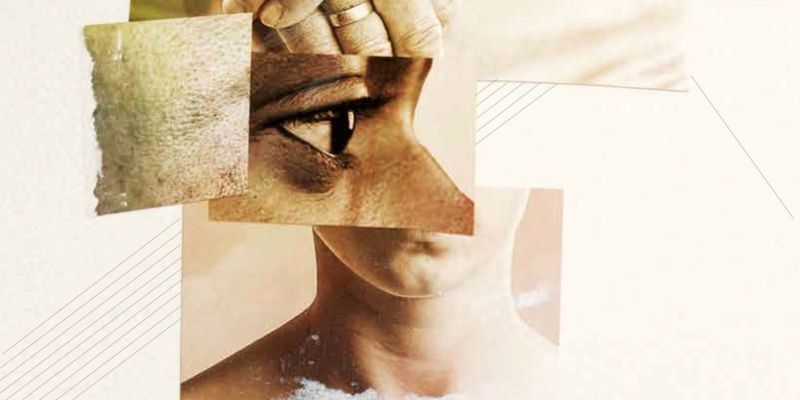 At yesterday’s festival programme press conference, Festival Directors Sylke Gottlebe and Anne Gaschütz together with members of the Selection Committees announced the complete programme for the 34 Filmfest Dresden (5 to 10 April). For the competition sections and special programmes, a total of 355 shorts from 68 countries were selected. The films will be presented in 199 screenings at various festival venues in Dresden, including the Filmtheater Schauburg festival cinema, the Thalia Kino and Programmkino Ost cinemas, as well as the newly added Zentralkino and Kino im Kasten cinemas. The cost-free open-air programme is again being held parallel to the festival on Neumarkt square. Together with the film programmes, a range of events in the etc. - events.trainings.connections festival section are intended for media professionals and interested members of the public. The works being screened in the competition sections ((National, International and Regional Competitions) are vying for nine “Golden Horsemen” and seven special awards. Yet again this year, the prizemoney has been increased and now amounts to €71,000 (2021: €70,500). Tickets to the festival can now be purchased at various pre-sale outlets, as well as online.

“Of course we’re delighted to be able to hold this year’s festival again in the spring after having to shift the last two rounds to later dates in the year, and we have a really exciting programme lined up. But for that, the war in Ukraine is and remains deeply worrying for us. We deplore and condemn it completely, and we’ve also asked ourselves what we as a festival can do about it,” Festival Directors Sylke Gottlebe and Anne Gaschütz explain. “For instance, we have devoted one of the screening programmes in the open-air event on Dresden’s Neumarkt square to our cooperation partner, the Fantasia Dresden animation school, which is screening animated films by children and youth from Poland, Germany and Ukraine. The films were made at the international ANIMA workshops over the last few years. Several of these Ukrainian children have now been given refuge and taken in by Polish friends.”

This year, the gender diversity and justice theme extends across the complete programme of the 34 Filmfest Dresden. After taking the subject of activism last year, this year’s theme represents the second section of the festival’s main three-part focus on “diversity”. Even the festival trailer, created by Brenda Lien, addressees this thematic area. The artist Brenda Lien was already represented at Filmfest Dresden with CALL OF COMFORT and is screening her work First Work, Then Play in this year’s programme (National Competition).

Several of the series in the festival’s special programmes concentrate on its thematic focus, such as the Move Your Body, See Your Body, Protect Your Body programme, which is presenting the facets and traditions of the ballroom scene in New York. This year’s tribute programme, which is devoted to the experimental film artist Mara Mattuschka, is also focusing on the human body. In the “Discourse Europe: Focus Bulgaria” section, the short films in the “Equity > Equality” programme are exploring gender categories, as well as the concepts of masculinity, femininity, identity and sexuality. The “Queer Voices” discussion (in the special programmes) takes sexual and gender diversity, as well as the queer film oeuvre as its focal point. In his masterclass, the film and art curator and activist Samuel Girma is providing insights into his work, as well as his viewpoints on queerness and being Black. Samuel Girma is also a member of this year’s jury for the LUCA GenderDiversity Film Award.

The festival’s thematic focus is not only reflected in its programme, but also in Filmfest Dresden’s structural organisation. The Gender Justice Advisory Group, which was newly founded in 2022, is now supporting the festival in terms of its gender-sensitive development.

The multiple award-winning and renowned French-Canadian artist Caroline Monnet is focusing on identity issues at the festival. For this year’s Filmfest Dresden, she has curated the “Focus Québec” programme and is presenting a selection of her current video installations at the “Where Do We Come From – Where We Are Going?” exhibition in the Kunsthaus Raskolnikow gallery. In her work, Monnet explores questions of identity within the tense situation of having indigenous and European roots, as well as the (post) colonial dynamics between North American and Europe.

The traditional Sandwich Talks are again being held “live” this year in the Filmgalerie Phase IV venue and provide the filmmakers from the competition sections with an opportunity to speak about their artistic and thematic approaches. In this regard, each Sandwich Talk focuses of a differing aspect and addresses the various thematic or stylistic trends in this year’s competitions.

With “once around the world” as its motto, this year’s Kids and Youth Programme is inviting young film fans from five years and older to discover the latest children’s shorts from across the world and delve into foreign cultures and exciting adventures. After the screenings, the audiences will have an opportunity to hold discussions with the filmmakers in attendance. The selection was compiled together with the FILMFEST DRESDEN Young Curators – a group of young film enthusiasts from Dresden and its surroundings.

All Juries at the 34 Filmfest Dresden

The 16 prizes and awards in the National, International and Regional Competitions of the 34th Filmfest Dresden – endowed with prizemoney of €71,000 ­– will be awarded by eight independent juries:

The decisions on awarding the prizes in the National Competition will be taken by: The freelance film critic and moderator (rbb, MDR broadcasters) Knut Elstermann, the filmmaker Veneta Androva (AIVA, Golden Horseman National Competition & LUCA Film Award at the 33 Filmfest Dresden), as well as the theatre and film actress Karina Plachetka (Staatsschauspiel Dresden theatre).

The Golden Horseman Sound Design will be awarded by: The film scholar, curator, translator and head of the MuVi programme section at the International Short

Film Festival Oberhausen Jessica Manstetten, the film score composer and producer Daniel Hoffknecht, as well as the musician and music producer Johannes Gerstengarbe, who is the owner of the Ballroom Studios, which has already sponsored the film sound design prize for the eighth time.

The LUCA – GenderDiversity Film Award is celebrating its fifth anniversary this year. The jury members include:

Kerstin Honeit, cultural worker and curator in the fields of film and art, Lion H. Lau, a freelance editor and screenwriter, as well as the curator, filmmaker and activist Samuel Girma, who is also holding a masterclass on the subject of Black queerness at Filmfest Dresden.

For the second time, a jury is awarding the “fully political” Film Award: The director Arkadij Khaet (MASEL TOV COCKTAIL, Film Promotion Prize at the 32nd Filmfest Dresden in 2020), Dr. Roland Löffler, Director of the Saxon State Centre for Political Education (SLpB), and the writer Sabine Michel (MONTAGS IN DRESDEN).

The decision to award the Dresden Short Film Award of the German Film Critics Association will be taken by: The journalist Dunja Bialas (artechock, etc.), the journalist and filmmaker Frédéric Jaeger (critic.de, etc.) and the journalist Tina Waldeck (Frankfurter Rundschau newspaper, etc.).

Furthermore, in the International and National Competitions, two Youth Juries, each consisting of three members, will select their favourites.

Together with the juries, the audiences at Filmfest Dresden also have an opportunity to decide on their favourites in the International, National and Regional Competitions (Regional Film Night).

New Main Partner: Film Nights on the Banks of the Elbe

This year, the festival’s longstanding cooperation partner “Film Nights on the Banks of the Elbe” has become the new main partner of Filmfest Dresden.

Sylke Gottlebe: “We’re really pleased that the Film Nights on the Banks has increased its commitment to its long-term partnership with Filmfest Dresden this year and is supporting both the festival and short film doing so. And of course the Film Nights are also the sponsor of the ever-popular Regional Film Night Audience Award that is bestowed annually.”

Matthias Pfitzner, Managing Director of the Film Nights on the Banks of the Elbe: “The aim with being its main partner is to support Filmfest Dresden in terms of its commitment to short film. Initiatives such as the KurzVorFilm – intended to establish short films as supporting films to the main features – as indeed the much-loved Short Film Programme screened as part of the Film Nights programme have attracted large audiences over the last few years, so we’re very much looking forward to continuing this.”