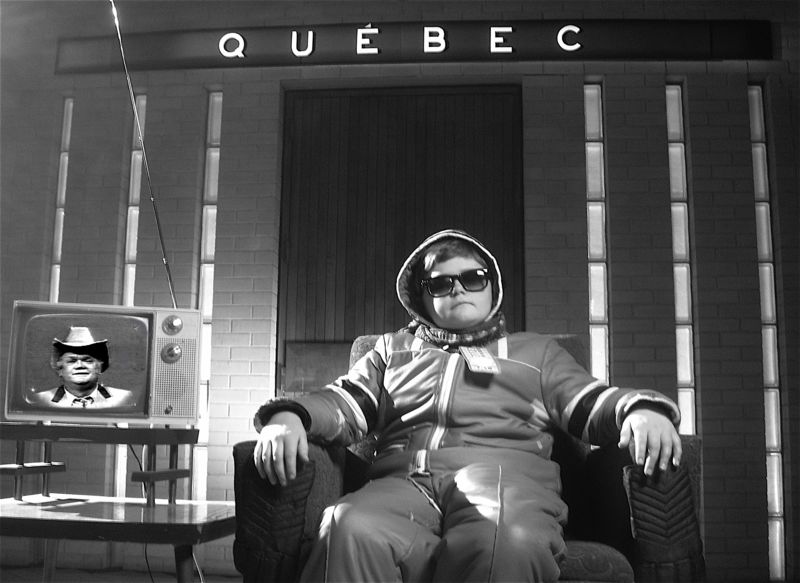 The 33rd round of Filmfest Dresden, running from 13 to 18 July, continues to be planned as a live festival with guests. It is presenting its programme – in compliance with the current hygiene regulations – in various Dresden venues, in addition to its open-air events. Moreover, parts of its etc. - events.trainings.connections programme will again be held with digital transmissions. Having already released the Competition programmes, these are now joined by about 250 works ranging from animated to fiction and experimental films being screened in 28 special programmes. Viewers can look forward to the Kids and Youth Programme aimed at differing age groups, a diverse range of country-based and thematic highlights, as well as tribute series. The events programme is rounded off with the free entry Short Film Open Air screenings on Neumarkt square, that are being held prior to the festival from 9 to 14 July this year.

This year for the first time, our audiences can get in the mood for this festival round with early screenings of the short film open-air programme on Dresden’s Neumarkt square.

“With the early open-air programme, we want to send a signal not only for the cultural relaunch, but also for encounters and dialogue,” Festival Director Sylke Gottlebe explains. “The programme has the usual wide range of voices and moods – and we’ve managed to include even more highlights from the festival season this time.”

From 9 to 14 July at 11.00 to 22.00 each day, the viewers can enjoy the carefully curated documentary, animated and fiction films, as well as the ever-popular Family Shorts, in addition to programmes compiled by the National and International Competition selection committees. Moreover, short film candidates for the European Film Awards 2020 are waiting to be seen, together with the well-liked “Critic's Finest”, a selection of classic and highlights compiled by the “Sächsische Zeitung” newspaper. The films are being screened in their original languages with English subtitles. The entrance is free of charge.

In addition to the silver screen on Dresden’s Neumarkt square, further open-air venues have been added this year: The festival’s Regional Film Night is guesting this year at the Film Nights on the Banks of the Elbe event and celebrating its 10th anniversary in proper style on the huge screen before Dresden’s world-famous old city backdrop. Filmfest Dresden is holding five events as part of the Film Nights, including the Dresden Short Film Night on 17 July, as well as Family Movies on the afternoons of 17 July and 20 August. Furthermore, in cooperation with the student union, an additional open-air venue is being provided in the Studentenhaus TUSCULUM student building.

Thematically speaking, various films and series in the special programmes explore the relationship between film and politics. In the four programmes for the MOVE TO CHANGE! FOCUS ON ACTIVISM section, Filmfest Dresden is attempting on the basis of a wide spectrum of contributions and in cooperation with guest curators to reflect on pluralism, as indeed on the commonalities of political films, and posing the question of whether there is a globalised, activist cinematography. In I SIGNED THE PETITION from Mahdi Fleifel, two friends are discussing the cultural boycott of Israel. The video essay RE-ENACTING THE FUTURE from Chloé Galibert-Laîné and Kevin B. Lee explores the thin line between documentation and propaganda, among others, by means of a montage of historic re-enactments from the early days of cinema to today. During the festival, Kevin B. Lee is, together with the co-curators Will DiGravio and Cydnii Wilde Harris, giving an online lecture on the subject of “Video-Essays in the Black-Lives-Matter Movement”.

Likewise, the Discourse Europe: UK section also has a political focus: In the WHEN THE ONLY PLACE TO GO IS IN programme, the British director Daniel Elliott takes a personal approach to addressing even unpleasant subjects. Doing so, he calls upon us to no longer literally ignore the “elephant in the room”. Fittingly, he has included ELEPHANT (1989) from the prize-winning British director Alan Clarke about the conflict in Northern Ireland in his programme. The films being screened by the Glasgow Short Film Festival in the WE CARE TO LIVE IN HOPE programme reveal the fatal consequences that privatisations and cutbacks in the British social and health systems are having, and cast a new light on the political and social realities in Great Britain in the post-Brexit era. In her fiction film THE SHIFT, Laura Carreira is concerned with the unstable conditions for temporary workers.

Already for the 15th time, Filmfest Dresden is celebrating the inexhaustibly variety of voices, perspectives and narratives found in the short film productions from Québec. The guest curator for this anniversary edition of Focus Québec is the author and director Alexandre Dostie, who has compiled films over several decades from top-name directors, exile prophets, crazy universal geniuses and visionary newcomers. These include the multi award-winning director Denis Villeneuve with his playful jab at mass hypnosis, RATED R FOR NUDITY (2011), as well as Matthew Rankin’s surrealist experimental film HYDRO-LÉVESQUE (2008) and GODS, WEEDS AND REVOLUTION from Meryam Joobeur.

For young film fans between 5 and 18 years old, the 33 Filmfest Dresden is again presenting five children and youth programmes with the most interesting short films from the current festival season. 27 films from 16 countries are bringing a whiff of the big world out there into the cinemas and guaranteeing the best of entertainment. The programme deals with young heroes (SINGULAR-SMALL), as well as with dreams and reality (FABULOUS) or even the subject of freedom (IN [E]MOTION), among others.

The Kids and Youth Programme was again compiled in 2021 with the support of the Filmfest Dresden Young Curators – a group of 25 young film enthusiasts from Dresden and its surroundings. All of the programmes can also be booked as group screenings.

As one of the festival’s longstanding cooperation partners, the Fantasia Dresden animation school is presenting a showcase with a live performance and animated films for short and tall. In the “Paint Along, Repaint, Paint Better” workshop, the artists Alice von Gwinner and Uli Seis are showing with their paint-along films how figures are animated, and the participants can even make their own animation films.