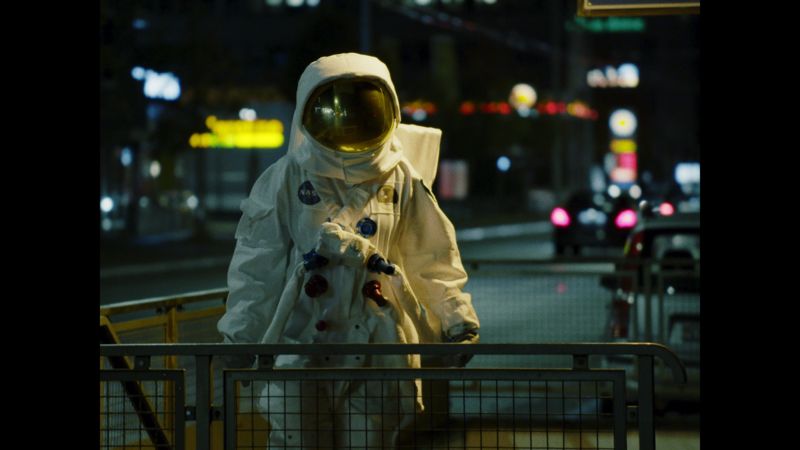 Following today’s press conference to announce its programme, the complete festival programme for the 33 Filmfest Dresden has now been released. From 13 to 18 July, a total of 368 short films from 64 countries are being screened in the Competition sections and special programmes. The festival’s venues in Dresden, including the Schauburg festival cinema, the Thalia Kino and  Programmkino Ost cinemas, as well as the open-air locations on Neumarkt square and at the Film Nights on the Banks of the Elbe event are presenting 211 events in total. As in the previous year, certain sections of the etc. - events.trainings.connections training and events programme are being digitally transmitted. The films in the International and National Competitions, as well as in the Regional Film Night event, are competing for a total of nine “Golden Horsemen” and seven special prizes. With two new awards, the prizemoney has increased this year and now amounts to €70,500 (2020: €68,000). Ticket presales start from 1 July.

One focal area of this year’s Filmfest Dresden is on the subject of activism in the context of an artistic or filmic approach. A range of films and series are seeking to find a balance in the relationship between politics and cinematography, such as in the three programmes from the MOVE TO CHANGE! FOCUS ACTIVISM series. In the context of a workshop discussion, the Berlin installation, video and performance artist Mischa Leinkauf is providing insights into his oeuvre and speaking about the relationship between film art and political actions, as indeed about the scope for action achievable with art. In addition, Mischa Leinkauf is a jury member in the National Competition. In the ANTON GINZBURG: DISPLACEMENTS programme, the New York artist and filmmaker Anton Ginzburg is presenting a selection of films that pursue geographic and historic transformations. Ginzburg is a 2021 Artist in Residence at the Schaufler Lab@TU Dresden, a project from the TU University Dresden and THE SCHAUFLER FOUNDATION.

The second and final part of the POETICAL. POLITICAL. SUBVERSIVE. FEMALE DIRECTORS IN THE DEFA STUDIOS AND INDEPENDENT FILM IN THE GDR retrospective that began at the 32 Filmfest Dresden is focusing on the differing designs for life and the future that female directors from East Germany sought in their films. The range being screened in the two “Visions” and “The Sounds of the Revolution” programmes includes rarely shown propaganda films, as well as experimental underground cinematic works. In MUSIC ALONE SHALL LIVE (1963), Katja Georgi avails of several animation techniques to create a satire about the apparently unpolitical. And in TANGO DREAM (1985), Helke Misselwitz explores the tense relationship between poetry and politics, one that merges together in tango.

With ANIMATED: HOMAGE TO SIEGLINDE HAMACHER, Filmfest Dresden is recollecting Sieglinde Hamacher, the animation film artist and close associate of the festival who died in 2020. The adventurous filmic parables made during her creative period at the DEFA Studios regularly caused resentment among the East German authorities due to their critical messages laced with black humour. Filmfest Dresden is screening several films, including THE WOLF IN THE SHEEP’S CLOTHING (1983).

New Awards, Award Sponsors and All Juries at the 33 Filmfest Dresden

With two new awards, the prizemoney has – compared to last year – increased yet again to €70,500. For the first time this year, the Saxon State Centre for Political Education is awarding the “fully political” Short Film Award, endowed with €3,000. A newly formed jury will decide on the winning film after the public screening of the six films nominated from the National and International Competitions, as well as from the Regional Film Night. The second new prize consists of the Dresden Short Film Award of the German Film Critics Association (unendowed), which is being awarded in the International Competition by a further newly appointed jury.

Moreover, Filmfest Dresden is delighted to have two new award sponsors: The Golden Horseman Animated Film in the International Competition (endowed with €7,500) is being awarded for the first time by the State Chancellery of Saxony. The Golden Horseman Sound Design (prizemoney of €1,500, non-cash prize of €1,500) is being sponsored this year by Bosworth Creative / Bosworth Music GmbH.

This year, Filmfest Dresden has appointed eight independent juries to award the “Golden Horsemen” and special prizes in the International and National Competitions, as well as in the Regional Competition:

The winners in the National Competition will be decided by: The animation film artist Robert Löbel, filmmaker and managing director of the Kurzfilm Agentur Hamburg short film agency Alexandra Gramatke, and the Berlin artist and filmmaker Mischa Leinkauf.

The Golden Horseman Sound Design is being awarded by: Robert Nacken, musician, composer, music producer, sound designer, director, actor and author (Golden Horseman Short Fiction Film in the National Competition for ON AIR at the 28 Filmfest Dresden in 2016), the prize-winning screen composer Dascha Dauenhauer (including the German Film Award for BERLIN ALEXANDERPLATZ), as well as Johannes Gerstengarbe, musician and music producer, owner of the Ballroom Studios and award sponsor.

The appointments to the new jury for the “fully political” Short Film Award include: The prize-winning filmmaker Elise Landschek (Golden Horseman at the 32nd Filmfest Dresden for BRAND, etc.), Dr. Roland Löffler, head of the Saxon State Centre for Political Education, as well as the director and author Sabine Michel (HINTEN SCHEISST DIE ENTE, MONDAYS IN DRESDEN).

The winner of the new Dresden Short Film Award of the German Film Critics Association will be determined by: Günter Agde, film historian, curator and lecturer, Conny E. Voester, freelance publicist and curator, and the Swiss journalist and political scientist Malik Berkati.

Furthermore in the International and National Competitions, the three members in each of the two youth juries get to choose their favourites too.

In addition to the juries, the audiences are also accorded a critical voice and vote in the awarding of further prizes, such as the Audience Award in the International and National Competition, as well as in the Regional Film Night.

An overview of all the awards and award sponsors is available here.