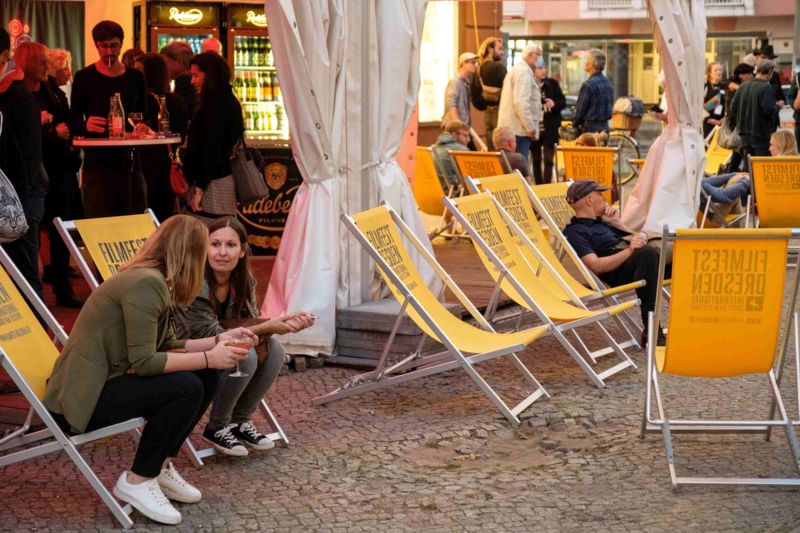 Following the official awards ceremony on Saturday night, at which the nine Golden Horsemen and five special prizes worth €68,000 in total were awarded, the 32 Filmfest Dresden came to an end on Sunday evening after six successful cinematic days. Of the more than 17,200 festival visitors, audiences of 13,300 attended the live film screenings and events in its Dresden cinemas and venues. Over 3,900 people viewed the online transmissions of the awards ceremony, the panel discussions, talks and masterclasses on the festival website and via Facebook. As usual, the 33 Filmfest Dresden is planned for the coming spring and is due to be held from 13 to 18 April 2021.

The most successful events at the 32nd Filmfest Dresden included the Short Film Open-Air event, which with the summerly temperatures again drew large audiences to Dresden’s Neumarkt square. Likewise, many visitors attended the opening of the PHASES exhibition, which was held outside in the open air in front of the Galerie Raskolnikow. The cinemas and venues were sold out for the Regional Film Night and the SERIOUSLY, WTF? programme, as well as for the screening of the nominations for the Golden Horseman Sound Design and for the LUCA Film Award for gender diversity. Other highly popular events included the CRITIC’S FINEST, held in cooperation with the Sächsischen Zeitung newspaper and the "Animation Stars Made of Clay, Sand and Coloured Paper" KIDS Special. Several highly impressive creations resulted from this clay animation workshop for children, held as always in cooperation with the Fantasia Dresden animation school.

"We were overwhelmed by the amazing positive response to this year’s highly unusual festival edition, Festival Director Sylke Gottlebe commented with satisfaction. "The fact that we were able to hold the festival live clearly had an impact on the unique atmosphere this year. At the same time, we were very pleased that our additional online screenings and transmissions worked out so well and drew so many online visitors. And of course we’re hoping that our successful festival edition will give a powerful boost to the festival scene and film sector during this exceptional crisis-driven time."

Call for Entries to the 33 Filmfest Dresden

From today, filmmakers can submit their shorts to the 33rd edition of Filmfest Dresden (from 13 to 18  April 2021). The deadline for submissions is 1 December 2020.