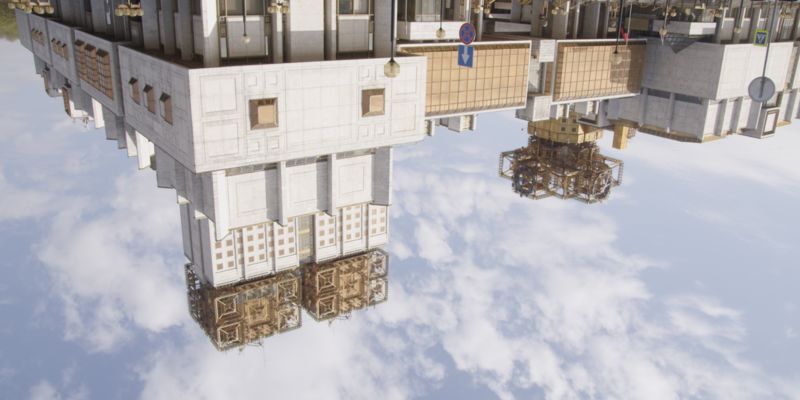 In mid-April, the juries of the 31st Filmfest Dresden (9 to 14 April 2019) will again award the much-coveted "Golden Horsemen" trophies and special prizes for the best national and international short films. This year, the competition section consists of 76 productions from 38 countries, selected by the 10-person selection committee from the more than 2,200 films submitted in total. In addition to the usually high amount of animated films (35), there are also a striking number of hybrid films being screened that position themselves between fictional, documentary and experimental formats. With its eleven "Golden Horsemen" and three special prizes, Filmfest Dresden is awarding prizes in excess of €67,000, making it one of the best-endowed short film festivals in Europe.

In the National Competition, the 29 works being screened in 5 programmes offer a kaleidoscope of the latest national short film productions in Germany and captivate by crossing borders both formally and contextually. The programme has a hearteningly high number of 12 independent productions, including the German premiere of SEALAND by Till Giermann from Dresden.

"On a thematic level, fleeing and transformations are still the most common storylines in the16 short fiction films and 13 animated films," says selection committee member Christian Hempel about the trends. "And the really active independent scene especially is always seeking out new motifs and forms of expression, concentrating on subjects such as disorientation, loneliness and loss. And there’s a tightening of the focus on life today: Such as the self-determination of women, the voicelessness of men, the hurdles crossed in becoming an adult, as well as escapism into utopian waterworlds or dystopian hinterlands."

In ARE YOU LISTENING, MOTHER? from Tuna Kaptan (2018), a Kurdish mother deliberately crosses the border the electronic ankle bracelet she is wearing should prevent.

A voiceless male figure is found in Hannes Schilling’s THE PROBAND (2018): Too proud to give up the dream of owning his own home, the unemployed Domenique puts his life at risk due to money problems. Hannes Schilling already came to Dresden in 2018 with AFTER THE PARTY, for which he also received a German Short Film Award nomination.

This year, Filmfest Dresden is again welcoming an array of festival alumni with their latest productions: Dennis Todorovic (2004 with AMOR FATI) is showing in his music video TUTORIAL how actresses master the art of fake tears. Sonja Rohleder, who was awarded the DEFA Promotion Prize in 2014 for WALK THE DOG and who created the festival trailer in 2017, is represented this year with her 2D animation QUIET.

47 films from 37 countries are being screened in the International Competition, including those from the frontrunners France (8 (co-)productions) and Great Britain (5), as well as pieces from Guinea-Bissau, Mozambique, Qatar and Myanmar. In addition to the 22 animated films, the programme has numerous works that position themselves between fictional, documentary and experimental formats, utilising the silver screen to consciously explore our understanding of the narrative.

"In terms of the current short film output, our programme leaves no wishes unfulfilled," says selection committee member Danny Mellenthin about the selection they made. "From border crossers to real-life stories, we succeeded in compiling a stylishly arranged mixture of strange and rare views and insights into this or that world, somewhere between the near and the far, between yesterday, today and tomorrow."

The crossing of a traditional border is undertaken, for instance, by the protagonist in Abinash Bikram Shah’s TATTINI (2018, Myanmar, Nepal), who has a fallout with her entire village because she insists on getting her inheritance although she is not entitled to it as a woman. The audiences are confronted with all possible forms of sexuality in the garish Russian animation LAVO (2017) from Sasha Svirsky. In AZUL VAZANTE (2018, Brazil), the director Julia Alquéres explores gender roles and transsexuality on a fine line between the fictional and the documentary. Likewise, the hybrid works ONDES NOIRS from Ismaël Joffroy Chandoutis (2017, France) and THE HYMNS OF MUSCOVY (2018, Russia) from Dimitri Venkov play with formal-aesthetic crossings of borders.

Also in the International Competition, the audiences can expect several old friends as well as some big names: Michael Frei, who received a "Golden Horsemen" in 2014 for PLUG & PLAY, is presenting his brand-new film KIDS (2019), which was premiered at this year’s Berlinale. A further returnee is Aggie Pak Yee Lee, who guested in the International Competition last year with MUTEUM and is represented this year with her animated film FIVE STEPS TO THE RIGHT (2017, Estonia).

Apichatpong Weerasethakul from Thailand is an internationally recognised director and artist of exception, not least since he won the Palme d’Or award in Cannes (2010, Uncle Boonmee Who Can Recall His Past Lives). In Dresden, his short film BLUE (2018, France) is being screened this year. With ACCIDENCE (2018), a further work by the renowned Canadian filmmaker and artist Guy Maddin is running in the International Competition section of the 31st Filmfest Dresden. And the audiences can even look forward to seeing an Oscar candidate with Jeremy Comte’s FAUVE (2018, Canada).

The complete programme of the 31 Filmfest Dresden will be released on 5 March following the press conference.

*In an earlier version of the press release the film THE BOOGEYWOMAN was stated to be a world premiere
at the 31 FILMFEST DRESDEN. However, this is not true and has been corrected. The world premiere
took place at the Berlinale in February 2019.