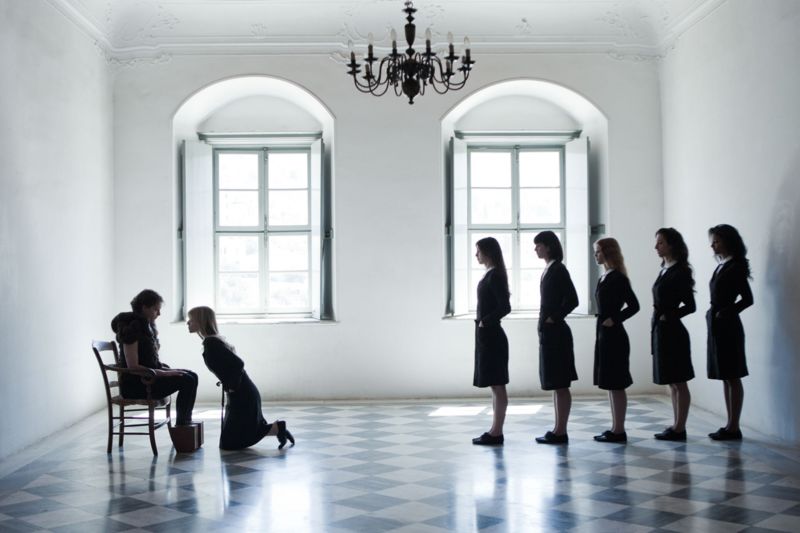 The 30th Filmfest Dresden is presenting this year's anniversary programme. From 17 to 22 April, 270 short films, as well as panel discussions and numerous other events are enticing short film fans from across the world once more to the capital city of Saxony. One main focus this years is on "Europe", bringing 30 years of European and the festival's history together in several programmes. Tickets for the festival can now be bought online or from one of the usual advance ticket agencies.

Each year, the festival centrepiece consists of the International and National Competitions: 69 short films from a total of 2,200 submissions are in the running this year for the ten "Golden Horsemen" and four special prizes. In the International Competition section, a total of 23 animation and 19 fictional films are going to be screened in seven programmes during the festival week. These include short films from 28 countries, with France and Canada leading the way here, as well as seven co-productions.

In addition to its Competition sections, the 30th Filmfest Dresden also has an extensive array of 27 special programmes. For young audiences, there are five children and youth programmes for differing age groups with the latest and most exciting short films from throughout the world. International short film entertainment under the open skies can again be enjoyed by all our guests at the Festival Open-Air event on Dresden's Neumarkt square. This is drawing the crowds on the festival weekend with a special programme for the whole family.

The Unfinished Adventure Named Europe
The great European dreams after the end of the Cold War are now being overshadowed by crises. And Europe is wrestling with its identity. These conflicts and confrontations, as well as the inner plurality of the European construct are also reflected in short film. In the three "A Path to Freedom", "Border Regions" and "Europe Is Falling Apart" programmes, which embrace both historic and current perspectives and are intended to explore the utopian as indeed the dystopian horizons here, Filmfest Dresden is looking back on 30 years of Europe. Among others, the themes include the euphoria in Germany immediately after the fall of the Berlin Wall, the question about the geographic and formal-aesthetic borders of Europe, as well as the unvanquished nationalism in the fortress of Europe. The films in the "Focus Europe" programme debunk their discourse as being "post-truth", while providing thought-provoking impulses and posing questions: How can the political regression within the EU be brought to an end? And does the Europe project still have a chance?

In addition to and complementing the screenings is the festival's etc. - events.trainings.connections section, which with its exhibitions and rounds of discussions, such as the Forum Visegrád in Short(s), is aimed at all visitors to the festival. Georgia, the guest country and this year's focus, is being accorded special attention with filmic works from the Goslab artist collective. A masterclass open to everyone by the Hungarian director Ibolya Fekete is exploring her filmic oeuvre and how her work is characterised by flowing transitions between the fictional and the documentary, as well as frequently by historic events in Europe.