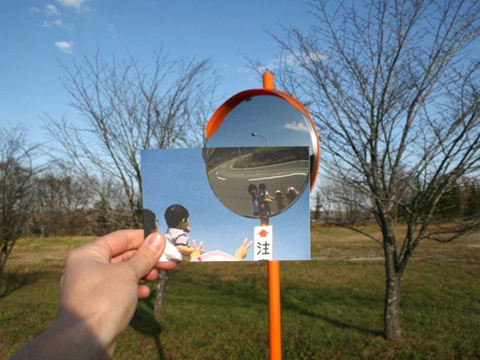 Dresden, 07.03.2016 – Photographs are non-moving documents of time, films moving single images or frames – what happens when you combine the static of photography with the movement of the film medium? A major special programme at this year’s FILMFEST DRESDEN is focusing on and exploring this subject. Among the photo animation events at this year’s 28th festival is a symposium on 14 April that examines this area in depth. The top-name speakers at the event include Janie Geiser (USA), Suzanne Buchan (UK), Paul de Nooijer (the Netherlands) or Satake Maki (Japan) – who will be discussing the photographic image in a cinematic context with a specific focus on photo animation. This theoretical event is being accompanied by three film programmes: Measurement & Notation, Assemblage and Japanese Photo Animation, as well as a 4-day workshop with the Japanese filmmaker and photo artist Satake Maki. The curators Gusztáv Hámos, Katja Pratschke and Thomas Tode, who have been involved with the phenomenon of photo film for many years now, are organising the symposium and have compiled the films being screened in the programmes.

From the Single Image to the Photo Sequence

During the symposium, artists and theorists will conduct an intensive discussion on this hybrid form of expression – photography and animation.

Four thematic areas are planned: Chrono photography, notation processes, assemblages, as well as stereo photography and 3D. Chrono photography can be traced back to the beginnings of photography, which were preoccupied with the photographic documentation of movement or processes. Fast sequences which cannot be grasped by the eye were Chrono photographed, through which quick movement sequences could be shown in detail for instance. The notation process thematic area is concerned with animation and experimental films which consist of photographic sequences created in accordance with a previously defined programme. In the assemblage thematic area, photographs, drawings or graphics are removed from their original context and assembled into something new. In this way, filmic collages are created. The last thematic area reveals how, through the use of special editing technology, flowing movements in images are generated that seem to continue forever.

The films accompanying the symposium have been compiled into three screening programmes.

"Measurement and Notation": The films consist of photographic sequences created in accordance with a predefined scheme. The instructions or notations are processed in the films. The works being screened include Takashi Ito – Spacy (Jap. 1981), Paul de Nooijer – Transformation by Holding Time (NL 1976), as well as Katja Pratschke and Gusztáv Hámos – Cities (Ger. 2012).

"Assemblage": Filmic collages are being screened which have been newly assembled from already existing material, such as photos, graphics or drawings. The works being screened include Jürgen Böttcher –Venus after Giorgione (GDR 1981), Timo Schierhorn and Katharina Duve – Grimace Goulash (Ger. 2011), as well as Janie Geiser – Arbor (USA 2012).

"Japanese Photo Animation": The source material for these short films are photographs from which new animated or experimental films have been created artistically. The works being screened include Satake Maki – A Blink (Jap 2003), Kotaro Tanaka – Kaizer (Jap 2006), or Shizuko Tabata – Point in Time (Jap 2013).