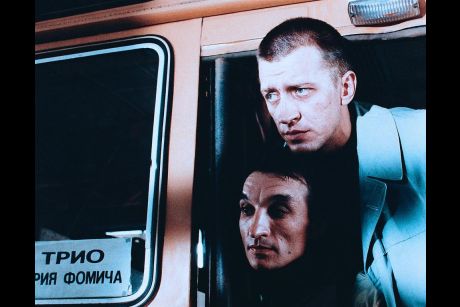 This year´tribute programme is dedicated to the legendary Hungarian director Ibolya Fekete.
The fall of communism and subsequent re-formation of the Central and Eastern European region in the early 1990s has been well-documented in cinema. In Hungary, Ibolya Fekete has developed a sharp eye for the cinematic representation of historic moments. With a background in documentaries, Fekete has the political insight into the movements and circumstances of the time. Consequently, her first feature fiction film, BOLSHE VITA, focuses on the geopolitical changes that occurred after 1989, immersing documentary and fiction to draw a picture of transit place Budapest.

The film centres around the Bolshe Vita club, a hybrid space in which origin, nationality, identity and language do not matter; a setting that enables its cosmopolitan guests to forge a culture all their own without limitations and beyond the margins of a structured society. It portrays a utopia that could not possibly last, namely the "short but memorable period when Eastern Europe was happy". The protagonists' "in-between-ness", their constant moving between worlds and their language barriers soon raise the question of whether or not they will be able to finally engage with their cultural background and accept that there is no such space as the utopian Bolshe Vita club.

The special screening on Saturday is part of this year's European focus followed by a Q&A session with the director. See the event details here.