Piotr Kamler in our Animated programme 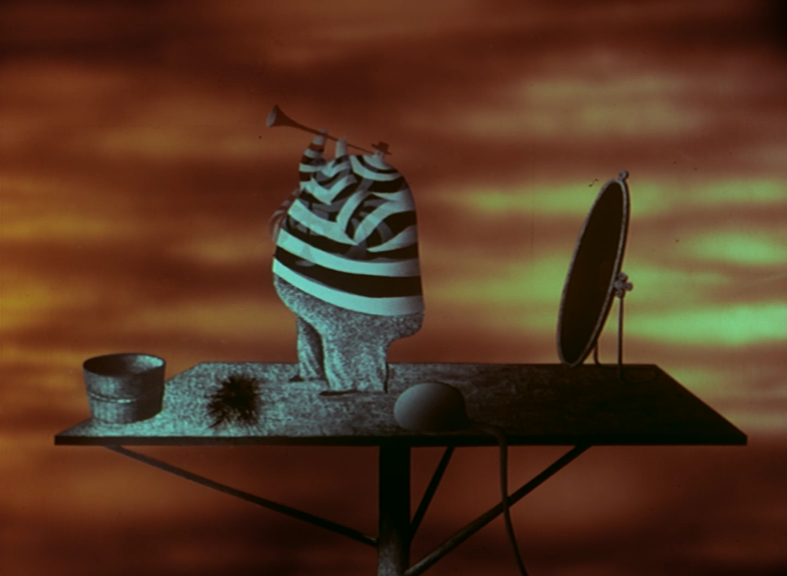 The fathomless-mysterious relation between movement and time represents the gravitational force in the works by the Polish artist Piotr Kamler, who was born in 1936. For him, movement is far more than merely an expression of aesthetic values. It permits the creation of spaces full of metaphysical energy. In his audio-visual explorations and fables, Kamler scrutinises the laws of time. And doing so, he reveals perspectives for the improbable in the universe.
His experimenting with materials and processes made the art academy graduate from Warsaw one of the most productive researchers within the circles of Pierre Schaeffer, the pioneer of electroacoustic sounds. Under the aegis of this head of the French ORTF broadcaster at that time, Piotr Kamler developed several spectacular audio-visual projects in France during the 1960s and '70s. Many of his roughly 20 short films produced with elaborate mirroring and light effects, as well as a wide range of materials, were created in collegial cooperation with composers from the musique concrète or with electroacoustic researchers.
In 1982, Kamler presented CHRONOPOLIS, his only full-length work. In it, immortal beings produce time to amuse themselves. Here too, the form and content touch upon philosophical questions. A further constant in the manifold film art oeuvre from Piotr Kamler is the creation of alien worlds, the logic of which provokes us as an echo – more or less loud – of the human condition.
After spending about a quarter of a century in France, the artist returned to the Polish city of his birth in 1986. He approaches the creation of animated film on computer in a manner similar to composing music: "I strive to present to the eye what music offers to the ear." He is also devoted to his so-called "three-dimensional spatial drawings": Sculptures that reveal new visual axes to his narrative and abstract filmic works, and which can be experienced in the special exhibition at the German Institute for Animated Film.