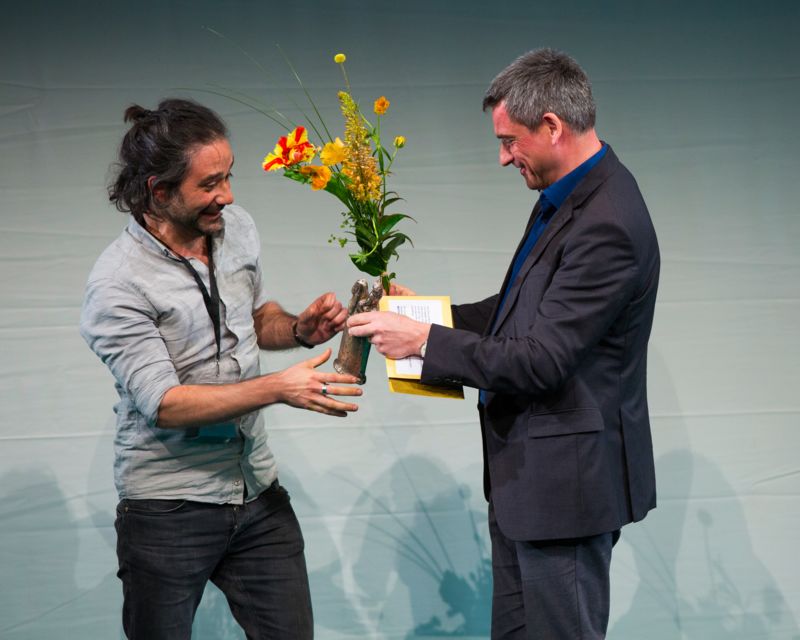 Like every year, Filmfest Dresden has again appointed six independent juries, who will award the "Golden Horsemen" trophies in the Competition sections:

The International Jury consists of: The Polish artist Renata Gasiorowska (2017 Golden Horseman for CIPKA), Florian Fernandez from France, the coordinator of the Short Film Corner in the Cannes Film Festival, as well as Sanne Jehoul, co-director of the Glasgow Short Film Festival in Scotland.

The jury members deciding on the awards in the National Competition include: The screenplay mentor and project consultant Gabriele Brunnenmeyer, the director Hannes Schilling (THE PROBAND), who has already won the German Short Film Award, and the award-winning animation director Nikita Diakur (FEST, UGLY), who has also created the 2020 festival trailer.

The Golden Horseman Sound Design prize is being awarded by: Freya Arde, a prizewinning musician and film score composer, Nikko Weidemann, a Grimme Award winner, musician and composer, as well as Johannes Gerstengarbe, the owner of Ballroom Studios, which has already sponsored this film sound award for the sixth time.

The film prize for gender diversity is being awarded for the third time and it has been accorded a new name this year, LUCA. The jury is composed of: Tatjana Turanskyj, a director, producer and co-founder of ProQuote Direction (now called ProQuote Film), Barbara Wallbraun, a director (WOMEN ON THE OTHER SIDE) and film and media educationalist, as well as Christoph May, founder of the "Hetox Magazine" and the "Detox Masculinity Network". This year, the prizemoney has been increased from € 1,200 to € 2,000.

Furthermore in the International and National Competitions, the two Youth Juries, each consisting of three members, get to select their favourites.

In addition to the juries, the audiences are also accorded a voice in determining further prizes, such as the Audience Awards in the International and National Competitions, as well as in the Regional Film Night.

Overview of all jury members

Overview of all the prizes and awards