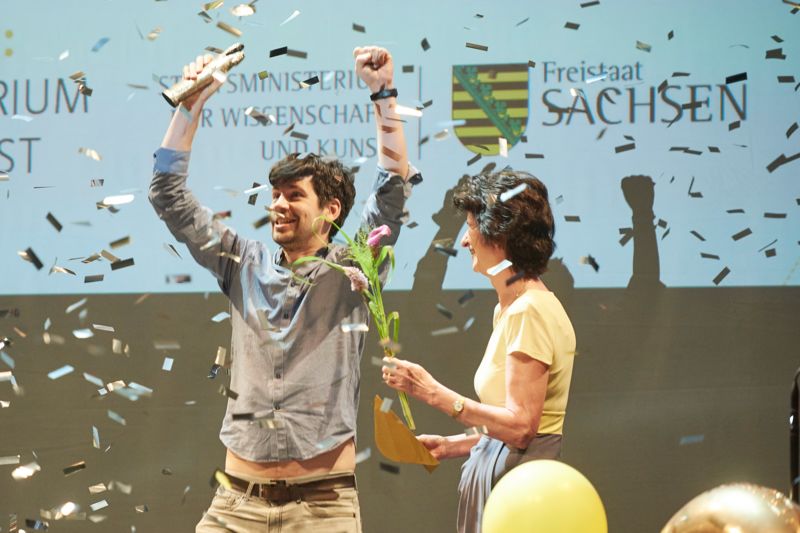 Like every year, Filmfest Dresden has again appointed six independent juries, who will award the "Golden Horsemen" trophies in the Competition sections:

The decisions on awarding the prizes in the National Competition will be taken by: The multi award-winning animation director and illustrator Jon Frickey, the managing director of the Schamoni Film & Medien GmbH film company Konrad Hirsch, and Sigrid Limprecht, who is head of the prize-winning Bonner Kinemathek/Kino in der Brotfabrik cinema and the International Silent Film Festival Bonn, among others.

The Golden Horseman Sound Design will be awarded by: Alessandro De Rosa, a freelance musician and composer from Italy, Miryam Charles, a camerawoman and producer of numerous prize-winning films, and Johannes Gerstengarbe, the owner of Ballroom Studios, which is sponsoring the sound design prize for the fifth time, together with Sonoton Music this year.

Furthermore in the National and International Competitions, the three members on each of the two Youth Juries get to vote for their favourites in each section.

In addition to the jury decisions, the audiences play an important role in awarding further prizes, such as the audience awards in the International and National Competitions, as well as at the Regional Film Night.

Overview of all jury members

Overview of all the prizes and awards