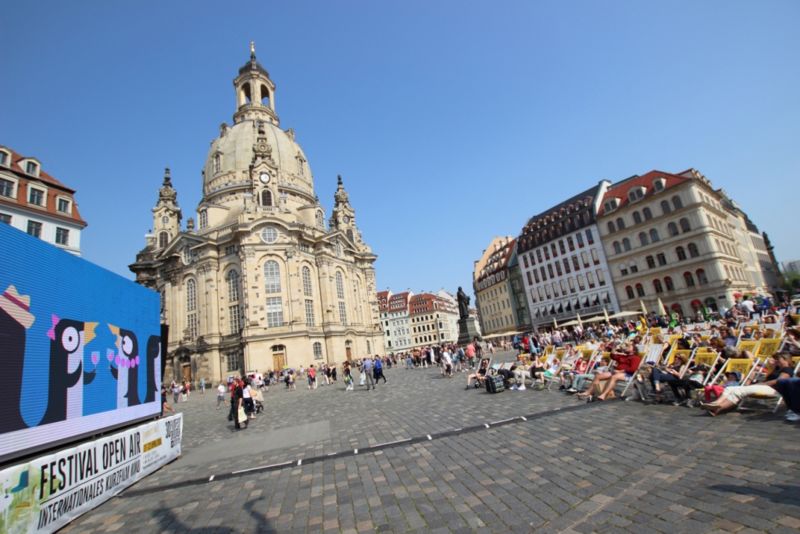 Parallel to the official opening on Tuesday 9 April 2019, the kick-off to the cost-free Short Film Open-Air on Dresden’s Neumarkt square is starting. This popular event, which accounted for a record 8,000 visitors last year, is already being run by Filmfest Dresden for the fifth time during the festival week.

89 short films from over 30 countries are providing a cross-section of global film art and recounting controversial, emotional and humorous stories, as well as tackling urgent issues from our time and presenting numerous highlights from international animation art.

The Short Film Open-Air event has been made possible thanks to the support of the technical partner pms Professional Media Service GmbH & Co. KG, as well as of the State Capital of Dresden. The Family Shorts, short films intended for families being screened on Saturday and Sunday from 2 pm to 5 pm, is being supported by the Ostsächsische Sparkasse Dresden bank.