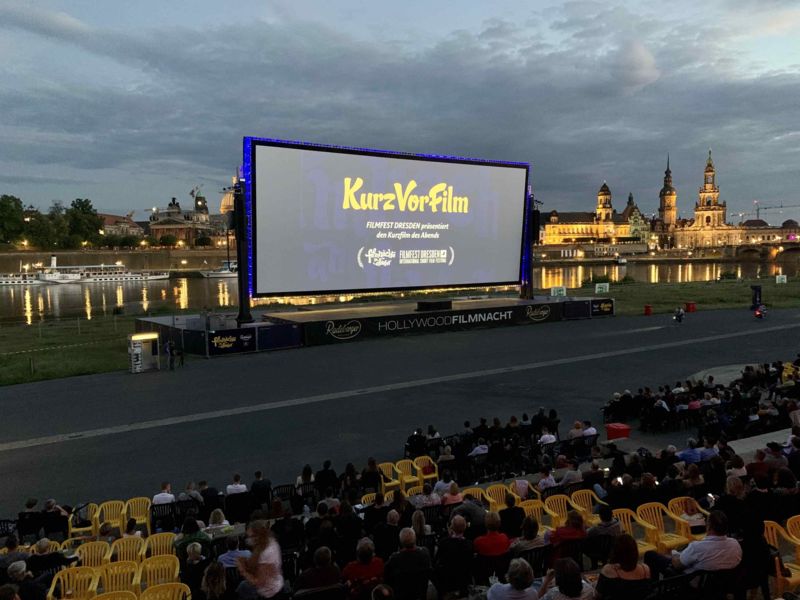 Congratulations on the 30th anniversary of the Filmnächte am Elbufer - and as a gift we bring along more short films for the big open-air screen. Under the motto "KurzVorFilm" we will present suitable short films before the main films on 30 evenings.

In addition to current entries from the National Competition of the 32 FILMFEST DRESDEN, the multi-faceted programme spectrum includes audience favourites from the festival's history, such as the relationship comedy 12 YEARS by Daniel Nocke and the somewhat different view of the ups and downs in the lives of young teenagers in ALIENATION by Laura Lehmus. You can also look forward to cult short films. With the fascinating animated film KANTENTANZ by Elisabeth Jakobi and Camille Geißler and the poignant short feature film NOI by Maximilian Welker, for example, we are giving you a foretaste of the competition selection for the 32nd festival edition, which this year has been postponed to 8 to 13 September.

The "KurzVorFilm" initiative was realized in cooperation with the Short Film Agency Hamburg and with the support of the German Federal Film Board FFA. The new programme slots give us the unique opportunity to present a wide selection of short films to the film night audience in addition to the Short Film Night on 17 July 2020: original, amusing, concise and extremely inspiring.