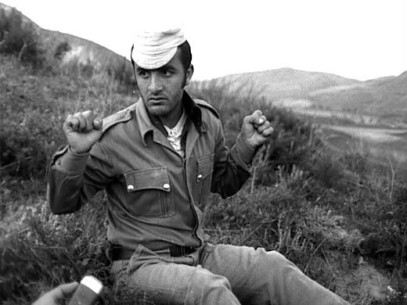 This year as part of a comprehensive focus on Syria, FILMFEST DRESDEN is looking at Syrian cinema, which is largely unknown in Europe. The three Emerging Cinema, Bitter Times and Stories of a March Programmes bring together 13 short films from 1970 through to the present day. A large number of Syrian guests and filmmakers are attending the festival, including Ossama Mohammed, Hala Al-Abdallah, Yasmeen Fanari, Jalal Maghout and Zaina Erhaim.

Furthermore in this year's Fitting Work in Syria Retrospective, we are exploring the relations between the East German GDR and Syria. In addition to weekly cinema newsreel footage from 1955 to 1980, the East German director Winfried Junge is screening two documentaries he shot in Syria at the start of the 1970s.

A range of other events is also being held on related areas, in addition to the film programmes. On 5 April at 16:30 in a panel discussion which is open to the public and entitled Film in War – Life in Exile, together with Syrian guests we are discussing the strategies, ways and risks of filmmaking under the conditions of war and exile. This is followed by the Syria Mobile Film Festival, which is presenting its work. Then on 7 April at 14:00, the famous Syrian director Ossama Mohammed is providing some insights into his oeuvre in a masterclass, which is also open to the public.

Tickets and programme details are available in our Online Programme.