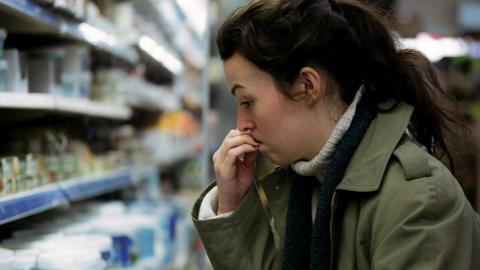 The Discourse Europe: UK section also has a political focus: In the WHEN THE ONLY PLACE TO GO IS IN programme, the British director Daniel Elliott takes a personal approach to addressing even unpleasant subjects. Doing so, he calls upon us to no longer literally ignore the “elephant in the room”. Fittingly, he has included ELEPHANT (1989) from the prize-winning British director Alan Clarke about the conflict in Northern Ireland in his programme. The films being screened by the Glasgow Short Film Festival in the WE CARE TO LIVE IN HOPE programme reveal the fatal consequences that privatisations and cutbacks in the British social and health systems are having, and cast a new light on the political and social realities in Great Britain in the post-Brexit era. In her fiction film THE SHIFT, Laura Carreira is concerned with the unstable conditions for temporary workers.

DISCOURSE EUROPE: UK
Programme 1: When the only place to go is in
Programme 2: We care to live in hope
The full programme with all screening times will be published on our website on 22 June.