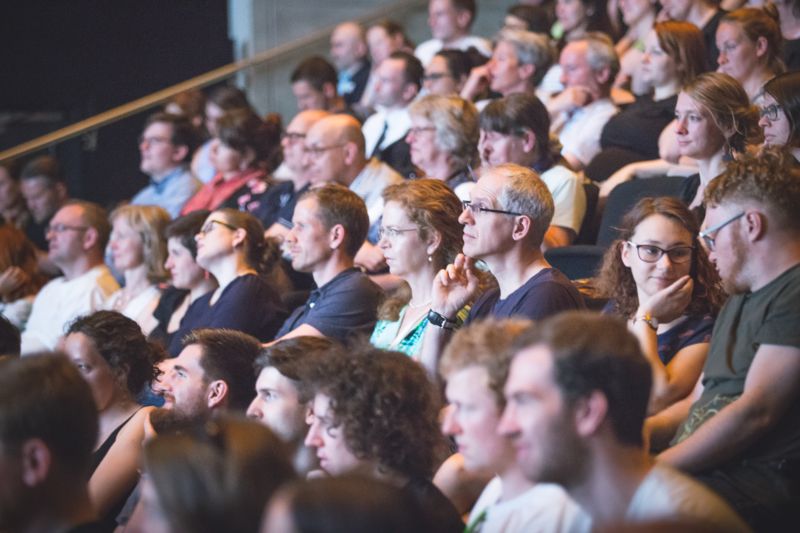 Discover the highlights of the second two days of FFDD20.

Thursday and Friday, 10 and 11 September

This year, regional filmmakers will again venture onto the big stage in the largest cinema hall in the Schauburg. During a long night they present their current works, make the audience laugh and move them to (joyful) tears. Afterwards, the audience*, probably the strictest jury of the festival, will decide who can take home the audience award, which is endowed with 2,000 euros. It will be exciting!
OF German with engl. UT
In cooperation with the Film Association of Saxony
With the friendly support of the Filmnächte am Elbufer

This year's Animated programme is philosophical, critical of capitalism, political, angry and also black-humoured. The programme "How dare you?" deals with the trauma we have inflicted on our planet and continue to do so unchecked despite the committed initiatives of a young generation. In "Afterlife" the films invite us to reflect on the possibility of living according to the traumas of the past. We become personal.

This year we are continuing our discourse on Europe with a focus on Switzerland. Programme 1 was created in cooperation with SWISS FILMS and presents seven very different films from our neighbouring country, all of which negotiate in their own way the sense of belonging to a place, a community or a building. In Programme 2, curated by the International Short Film Festival Winterthur, we gain insights into the everyday life of people with a migration background and perspectives on a second home outside Switzerland.

Thu, 4 pm Schauburg: Gender Talks
Tip: This event will also be broadcast live on our Facebook channel or on our website!

Diversity, gender justice and equal rights are not only a topic of Pro Quote Film or #MeToo in the context of the film industry. As a glance at our programme reveals, short films also deal with gender constructions and gender identities. The panel discussion GENDER TALKS offers a framework for talking about ways of presenting gender in film and making diversity visible.

Fri, 3 pm Technische Sammlungen Dresden: Opening of the exhibition "No Role For Us - Women in the DEFA Studio for Animated Films"

The GDR had taken it upon itself to want to be the better Germany. This also included promoting a new, modern image of women - also in the Dresden DEFA studio for animated films. But what role did women play in the "cartoon factory"? What opportunities for advancement did they actually have and what positions were denied them?

1:30 pm starts a bicycle tour to the opening of the exhibition at the Schauburg. In English and in limited numbers, please register by e-mail: events@filmfest-dresden.de