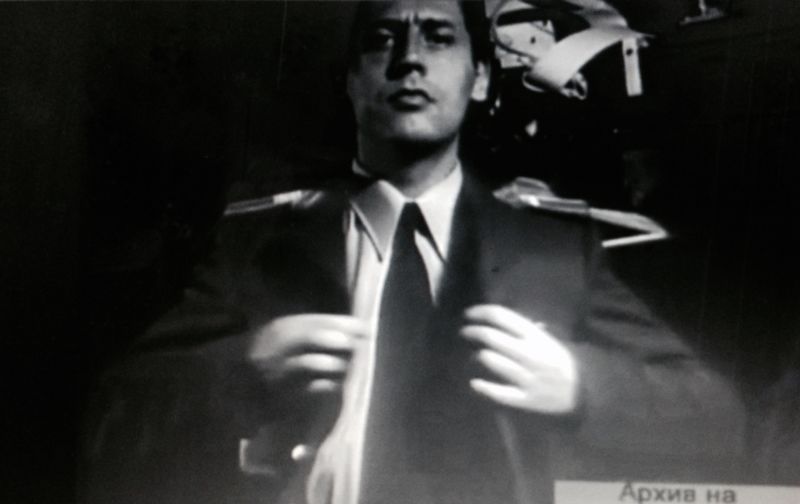 Dresden, 21.03.2016 – This year’s "Films for Security" retrospective at FILMFEST DRESDEN focuses on selected films from the communist Bulgarian DS Darzharva sigurnost secret service. The programme kicks off on Wednesday 13 April 2016 at 19:00 in the Gedenkstätte Bautzner Straße memorial building, the former district headquarters of the East German Ministry for State Security (MfS), the Stasi, in Dresden. The films and film excerpts being screened were first discovered a few years ago. They have now been subtitled in German especially for the 28th FILMFEST DRESDEN. They are being screened together with comparative filmic examples from the communist German GDR. The first screening is followed by a panel discussion presented and moderated by the filmmaker Tamara Trampe. The panel members include the retrospective curators Diana Ivanova (journalist and filmmaker) and Dr. Claus Löser (film expert), as well as Nicki Pawlow (writer) and Lutz Rathenow (writer und Federal State Official in Saxony for Stasi Records).

In the first programme "We Are Serving the Socialist Fatherland", the intention is to highlight the differences and similarities in Bulgaria and Germany when dealing with their communist secret service legacy, together with the efficiency or otherwise of an artistic engagement with the subject-matter. Unlike the material and documents from the Bulgarian secret service which can only be accessed with difficulty or not at all, the files from the East German Stasi have been thoroughly analysed, documented and evaluated. And when the secret service material from these two totalitarian systems are compared, it becomes apparent that a similar approach was taken in both systems to moving pictures: Basically, the films fall into four categories: 1) observation footage, 2) documentations of interrogations, arrests and trials, 3) training and instructional films, as well as, 4) self-presentation films. The programme being screened with the filmic examples from Bulgaria and the GDR provides the first ever opportunity for a comparison here.

"Our aim with the retrospective is to show today’s audiences just how films were used at that time in the struggle against the ‘enemy within’. It addition to observing and watching its own populace, the real socialist, or in other words, the communist secret services used the film medium to present themselves as well," explains Dr. Claus Löser, one of the retrospective curators. "And now in the authentically historic atmosphere of the Gedenkstätte Bautzner Straße memorial building, the former local Stasi headquarters here in Dresden, we hope that the films and their content can be felt and experienced to an ever greater extent."

The Cinematic Legacy of the Bulgarian Secret Service
The films from the Bulgarian DS (Darzharva sigurnost) secret service represent an unexplored subject to date. The journalist and filmmaker Diana Ivanova was conducting research for a documentary film in 2012 in the archives of the Bulgarian Commission when by chance she came across a hint in the files about the film footage. During subsequent research work in the archives, she was able to locate hundreds of 35mm films which had been neither described nor categorised. Since then she has been trying to systematically make this material accessible and reappraise it in a targeted manner. However this has proven to be an arduous task at times as the archive has been closed down or only partly opened at times depending on the political will. And that, even though a new Bulgarian law enacted in 2006 allows improved access to the files for inspection purposes.

Of the roughly 1,280 films in total, including 800 on 35mm, more than 150 films are now available in a digitised format. These come from the 1980s and served especially for the country’s own internal propaganda efforts. They show interrogations being shot with a hidden camera or document the work of the Bulgarian secret service.

Several of the reappraised films were first screened in 2013 during the "Goatmilk" festival which was founded by Diana Ivanova. The aim now is to make them accessible to interested audiences in western Europe, with the kick-off occurring here at FILMFEST DRESDEN. For these screenings, the films have also been subtitled in German.

The festival’s special programme focus: "Films for Security" is being held in cooperation with the Gedenkstätte Bautzner Straße Stasi memorial building in Dresden and is being supported by the Federal State Official in Saxony for Stasi Records.

"This year, the retrospective is again analysing and confronting the recent past in eastern European countries and how this has been reappraised there," said Alexandra Schmidt, one of the FILMFEST DRESDEN directors. "And that’s extremely important not only from an historic perspective, since it’s also fair to say that this is linked to the current socio-political discourse for instance on freedom of opinion and free speech, as indeed on the issue of protecting our right to privacy vis-a-vis the interests of the nation state."

"Films for Security" Programme
FILMFEST DRESDEN is presenting eight films from the communist Bulgarian and East German secret services in two programmes. The films have been subtitled in German especially for the festival.