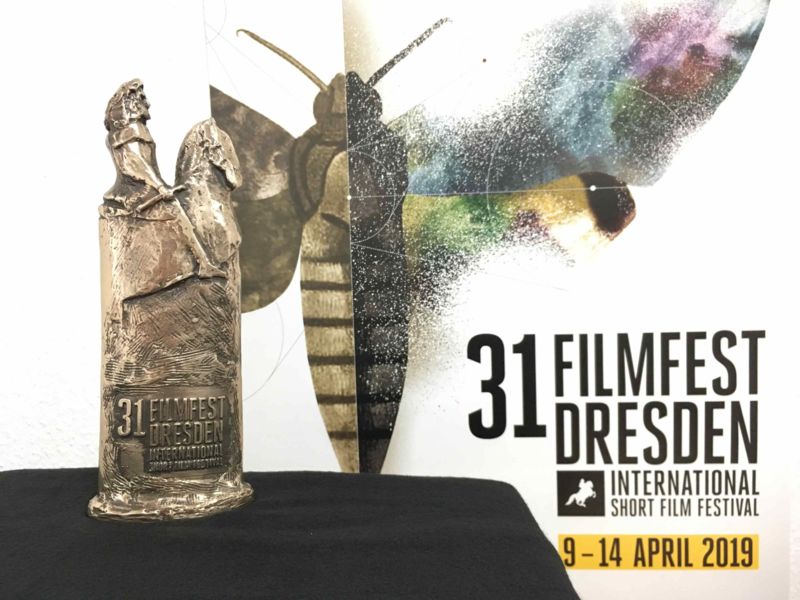 This evening, the 31 Filmfest Dresden announced the winners of the National and International Competition sections. A total of eleven Golden Horsemen trophies and three special prizes worth 67,200 euros were awarded at the Awards Ceremony in the Kleines Haus of Staatsschauspiel Dresden. Two of the coveted trophies went to the Japanese animation MY LITTLE GOAT by Tomoki Misato. Regional productions were also awarded Golden Horsemen trophies: SEALAND by Till Giermann (Greenhouse Production), which celebrated its world premiere at the Filmfest Dresden, and Anne-Christin Plates’ IKTAMULI (Balance Film), which also received a special mention from the Youth Jury in the National Competition.

All of the prize-winning films are being screened in three programmes in the Filmtheater Schauburg festival cinema, in the Programmkino Ost cinema and in the Kino in der Fabrik cinema on Sunday, 14 April 2019.

Download an overview on all award-winning films and jury statements

Information on the jury members