„Poetry in Motion“ in Strasbourg 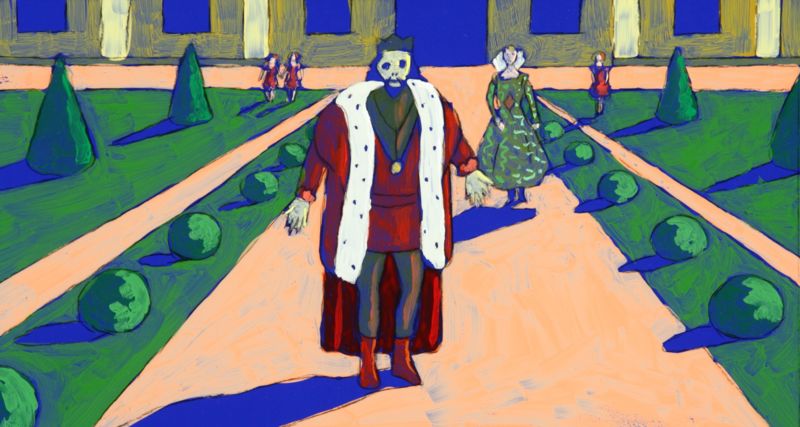 As part of the literature festival "Les bibliothèques idéales", FILMFEST DRESDEN will present a short film programme at the Médiathèque André Malraux on 14 September 2019. The programme titled "Poetry in Motion" includes short films that thematically revolve around literature. Literary classics, poetry slam and speechlessness equally have their say and image. The programme will be shown at 2 pm and 5:30 pm.

We are very much looking forward to the presentations in Alsace and would like to thank the Goethe-Institut Strasbourg for the friendly invitation.

The following films will be presented:

DOT is an experimental music video that takes as its subject the media invasion of the dot: 300 pages of block letters were printed, reproduced for video and edited back to back. These 300 pages were also bound in a book.

A father rides with his son through the forest. The sick child thinks he sees the Erl King, who both charms and frightens him. Based on Goethe’s poem "Erlkönig" and with music by Franz Schubert and Franz Liszt.

"Le Parkour" is all about overcoming walls and other obstacles in urban space. And about a feeling that happens over time and is mentioned by all those who have been doing this sport longer: A sense of zero gravity in the increasingly constricted spaces of the big city.

On the battle fields of World War I, Simon patches up the shattered faces of the infantrymen with love letters from beloved women to heal their wounds. But when death happens where it is least expected, can these words still ease the pain?

A bored, lazy girl is degenerating in her over-digitalised single apartment. She sends emojis to her love interest until a power cut forces her to write an analogue love note.