Documentation of master class 2017 with Denis Côté is now online 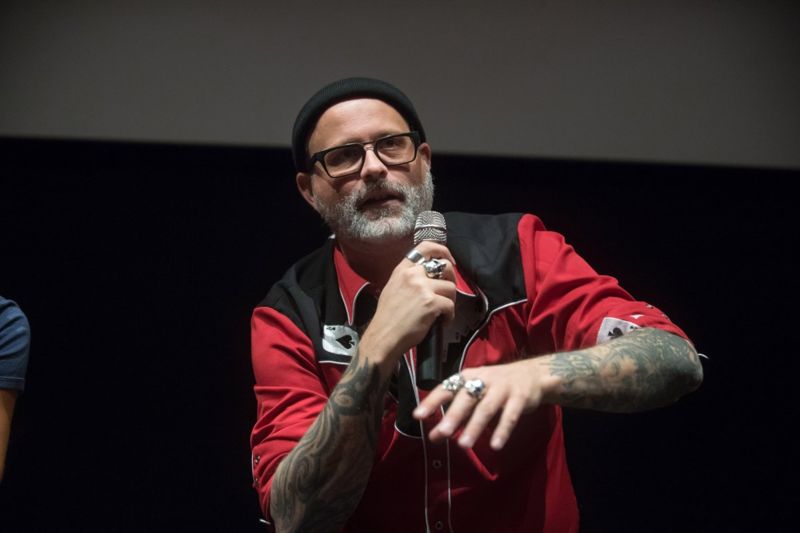 The internationally renowned and multi­award winning director Denis Côté has been a member of the International Jury of 29 FILMFEST DRESDEN. In a masterclass open to the public, he provided some insights into his extensive output in both the short and long  film areas. The masterclass was part of our etc. events. trainings. connections programme for our professional guests.

You can find the video in the lower area of our first site.

About the director:
Denis Côté is the most Germanic of Quebec filmmakers. His prolific output is reminiscent of Fassbinder, his clinical and concise observational skills flirt with the cinema of Ulrich Seidl, his non-traditional style may seem as intimidating as a Peter Handke novel, he switches from fiction to documentary (sometimes within the same film) as easily as would a Herzog and his mystical and poetic views on marginality convey Johan van der Keuken’s documentarian work. Côté is a dichotomist; he alternates between modest budget films where he constructs and then deconstructs narrative forms of storytelling (CURLING, VIC + FLO, BORIS SANS BÉATRICE) and no budget films that ask of us to partake in his observational propositions (BESTIAIRE, QUE TA JOIE DEMEURE, TA PEAU SI LISSE, QUE NOUS NOUS ASSOUPISSIONS). Côté’s films invite – sometimes force – the audience to become self-conscious about what they are looking at by creating an intimate relationship between them and the subject. His cinema can be infuriatingly obscure for some but rapturously poetic for others. Côté started as a film critic, which has shaped his concise and sharp take on filmmaking. Every film he has made since LES ÉTATS NORDIQUES (2005) has been a response; a slight deviation from the previous film and with each new exploration he has put himself at risk as to further exploring his capacities as a filmmaker to outstretch the boundaries of storytelling and our relationship to film.