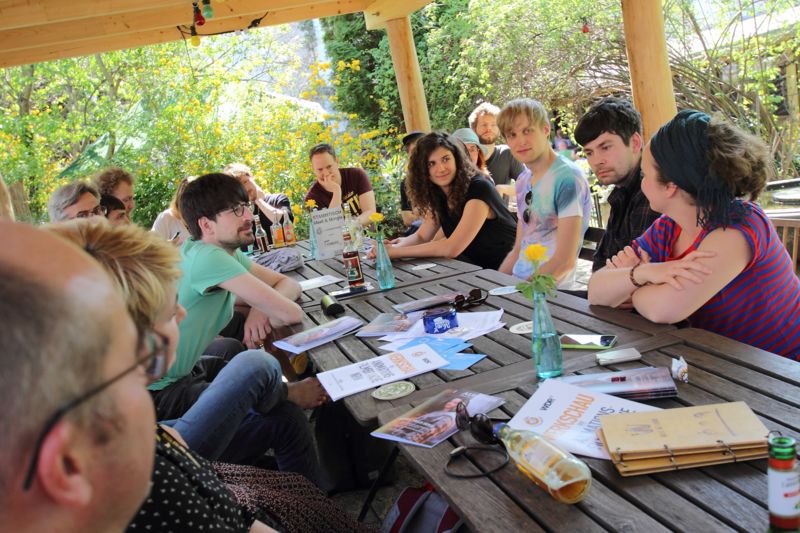 Lago Film Fest & FILMFEST DRESDEN join forces with Talking Shorts to bring you an exclusive workshop on short film criticism. You will gain insights into journalistic practice under the guidance of established journalists and film scholars. You will acquire the fundamental craft of film criticism, learn strategies for conducting interviews and gain insights into the history, development and tendencies of short film. You will exchange views with professionals on country-specific peculiarities of the world of short film and write film reviews and interviews. The work on the texts will be editorially supervised during the festival. The best ones will be published on talkingshorts.com.

WHO IS IT FOR?

The workshop is directed at students of humanities as well as graduates / young professionals and aspiring film critics, who want to work in the field of film and film journalism.

The workshop will be held in Dresden and Lago. You can either join both sessions and deepen your knowledge or you take part in only one.
DRESDEN: July 9 – July 18
LAGO: July 24 – July 31

Further information about the workshop and the application can be found here.

We accept applications until 22 June 2021 via email to talkingshorts@filmfest-dresden.de!