One of the best endowed Short Film Festivals in Europe

In 2017 again, FILMFEST DRESDEN is one of the best endowed short film festivals in Europe with prizes and awards worth  €66,000. The prestigious Golden Horsemen will be awarded within the festival's International and National Competition. Respective juries award the best films in each section ...

Let's get closer! Become a micro sponsor for a film award

Let's be friends! Since more than one year the FRIENDS OF FILMFEST DRESDEN supporting the festival together with many further partners in bringing international filmmakers and young talents to Dresden and presenting a highly diverse short film programme. In the next year we would like, with the help ...

Read more … Let's get closer! Become a micro sponsor for a film award

The new festival year has begun! Starting today we accept film entries for the 29th FILMFEST DRESDEN via www.filmfestivallife.com. Short fiction and animated films (incl. hybrid forms such as AnimaDok, experimental or documentary fiction) must not be longer than 30 minutes and produced after 31st ...

Starting on 1 September film submissions for the 29 FILMFEST DRESDEN will be accepted! Short fiction and animated films must not be longer than 30 minutes or produced after 31 December 2014 to be eligible for submission for the festival’s competition programmes. For the special programmes ... 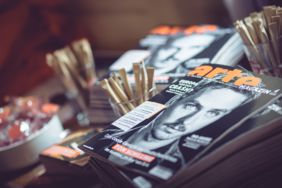 For the 16th time, the German-French Short Film Rendezvous will take place in Dresden’s twin city Strasbourg on the 9th and 10th of June 2016. Along with our partners ARTE and Vidéo Les Beaux Jours, FILMFEST DRESDEN invites German and French up-and-coming filmmakers to present their films and ...